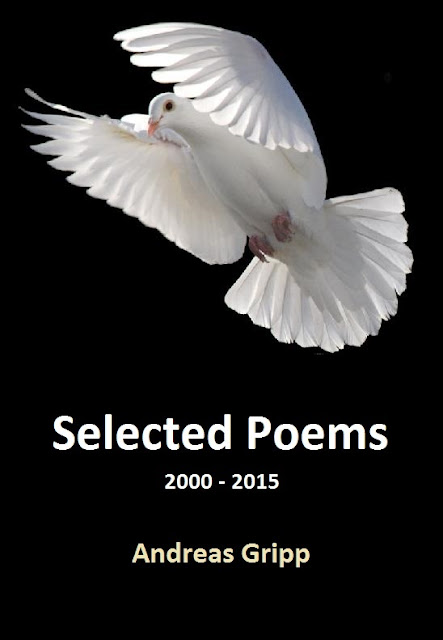 This title is an updated version of an earlier Selected Poems book, and serves as a single-volume alternative to the trilogy of New and Selected Poems releases which are more extensive in content.

The Language of Sparrows
Your sister is dead.

We plant seedlings
by her grave in April,
when Spring seduces
with all its promise,
moisten the ground
with a jug of water
and say how, years from now,
a bush will burst and flower,
be home to a family of sparrows,
each knowing the other by name.

I ask you if birds have names,
like Alice, Brent, Jessica and James,
if mother and father bird
call them in when it rains,
say settle here in branches
amid the leaves that keep you dry –
not in English, mind you,
or any other human tongue
but in the language of sparrows;
each trill, each warbling,
a repartee,
a crafted conversation of the minds.

I then notice
that we never see the birds
when it rains,
how they disappear in downpours,
seeking shelter
in something we simply cannot see.

When we’re old,
when we come to remember
the loved one that you’ve lost,
they’ll be shielded in our shrub,
not a short and stunted one,
but a grand, blessed growth,
like the one that spoke to Moses,
aflame, uttering
I AM WHO I AM,

one that towers,
dense with green,
a monument
to the sister you treasured
and to the birds
that she adored,
naming the formerly fallowed, hallowed,
sacred, remove your shoes,
Spirits and Sparrows dwell
and sibilate secrets
we’re unworthy to hear.

Winter Solstice
Christmas
with an ex-lover
is spent whenever
there’s time to spare,

so today I invited you over,
with the promise of friendship
and fire,
hoping for kindling wood,

but the flames are merely embers,
like the Sun in its tepid glow,
forsaking us much too soon
on this shortest day of the year.

So I’ll make you Darjeeling,
my darling,
suddenly clasp your hand
into mine –

for gauging a glove size, I’ll say,
feigning I’ve shopping to do,
the warmth of tea and touch
creating such a beautiful lie.

The Ruse of Mild Air

In this warmer than normal winter,
the trees are budding early,
in February’s
rain instead of snow.

I feel I ought to go outside
and bring some soothing tea,
play a tranquil song
for harp and strings,

be the sandman for a spell,
send the rousing leaves-to-be
back into their shells,

lest the winds return from the north,
puddles freeze over,
and greening branches waken
to a bird-less lie of ice.

Tonight I will ask you to marry me.
You will surely say I am mad,
in the British sense of the word,
and then laugh off my promise to love
and commit as I-must-have-stopped-over-
at-the-pub-and-had-a-few-too-many
before our coffee date on this insignificant
middle-of-the-week kind of evening.

But this day is anything but ordinary:
Look at my hands, they are stained
from painting my kitchen the colour
that is your favourite
even though my eyesight is failing,
and I’m convinced that both our God
and the birds have given us their blessing
as shoots sprouted in my garden overnight
from seeds dropped from above
and the weather person on TV
said there’d be no rain
for the next seven Saturdays to come.